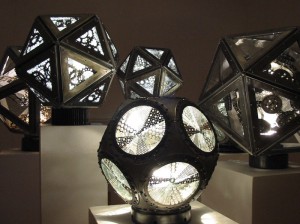 On Friday August 8th the Kootenay Gallery will open an exhibition of work by Kaslo based artist Brent Bukowski.

What some may see only as a scrap yard full of discarded material, Brent sees as a source of endless possibilities; the results are intricate, refined sculptures created out of these found objects, pieces of metal and broken glass. They become statements that reference global themes from the perspective of a simple and secluded lifestyle in the mountains of the West Kootenays. Self taught, he has learned by doing, such things as designing and building his own home and garden. His resourcefulness, innovation and endless curiosity has allowed him to maintain a fulltime arts practice, working from a metal/glassworks studio with materials reclaimed from a landfill servicing a community of under 1000 people. Many will recognize his work from the Railtown bridge installation in Nelson made from wheels and cogs reclaimed from a century of traffic that have passed over the bridge.

The exhibition titled, Call and Response will include selected pieces from two bodies of work. Blunt Force Illumination is an installation based on a 20-sided form, the icosahedron, constructed from both equilateral triangle and circular frameworks. By incorporating LED lighting, the metal and glass compositions will be illuminated from the inside.

A Piece of the Pie is a reaction to the ever increasing world culture of consumption. As Bukowski states, “The notion of further processing the by-product generated from materials already once reclaimed, appeals to me on many levels. It speaks volumes in terms of sustainability, a theme that is consistent throughout my work in the visual arts”.

Brent received funding support from the Columbia Kootenay Cultural Alliance and the BC Arts Council to research and create this new body of work.

The opening reception for this exhibition will be held on Friday, August 8th at 7pm.with the artist in attendance. The exhibit will run until September 20th. The Kootenay Gallery, located across from the Castlegar Airport adjacent to the Doukhobor Discovery Centre, is open Tuesday to Saturday from 10-5pm. 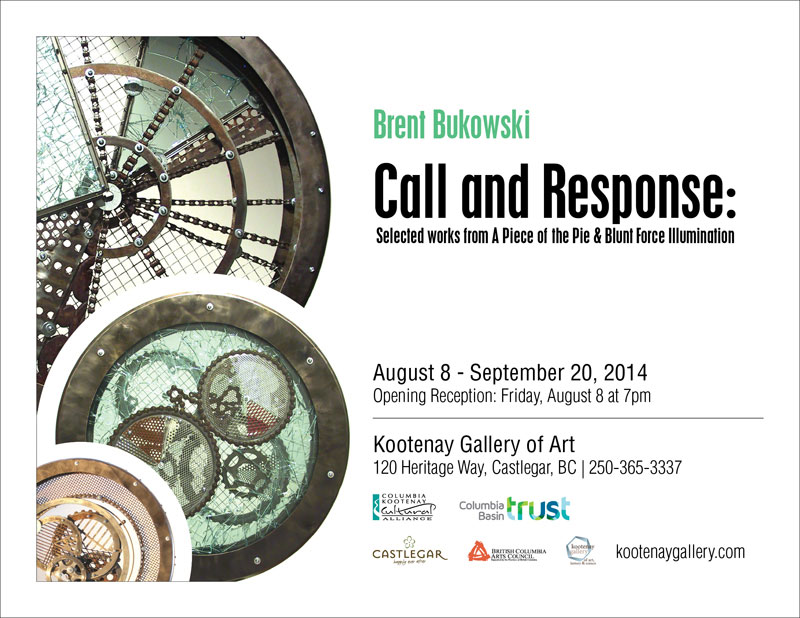