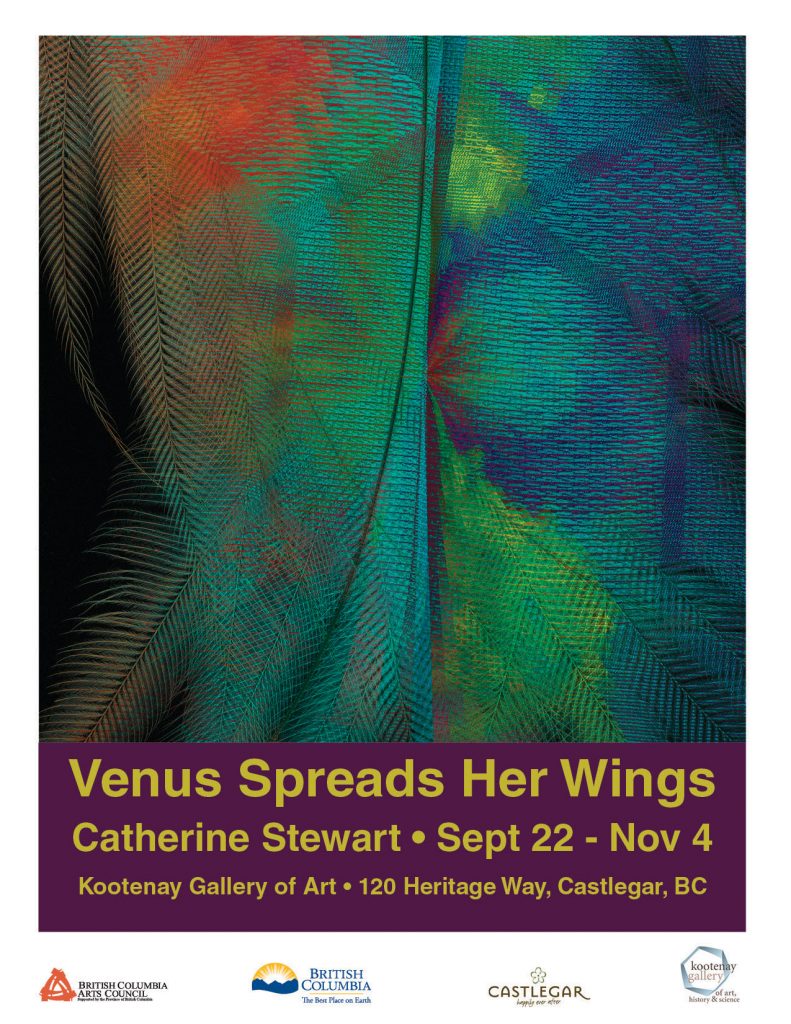 The exhibition Venus Spreads Her Wings is a selection of images from three series of photo-based artworks. Using the zoological collections at the University of British Columbia as source material for her artistic practice, Stewart focused on the colour differences between the sexes of particular bird species and “the ceaseless, tragic, yet beautiful cycle of sex, birth, life and death that plays out for all species in response to both intrinsic and external forces and the underlying laws of nature”.  Also included are images printed on metallic photographic paper that juxtapose details of plumage with close-ups of sensually appealing clothing. Over the centuries clothing design has liberally borrowed from the avian world both directly with the use of plumage as adornment, and indirectly by mimicking colour textures and patterns. 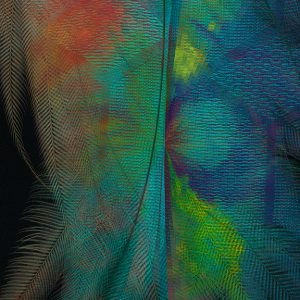 Pleasure of the gods 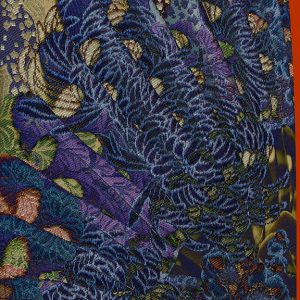 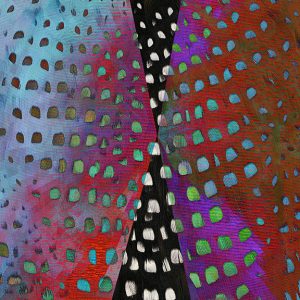